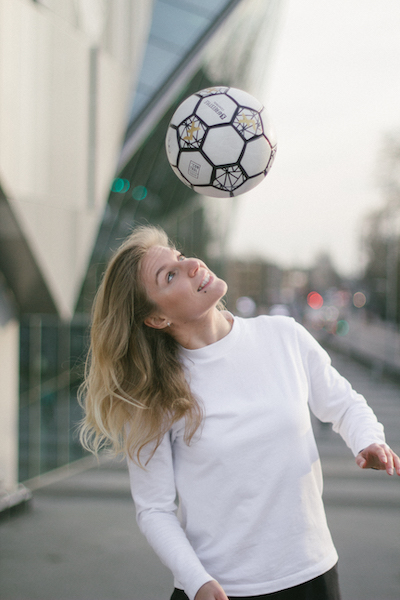 Imagine being raised in a religious background but you never found grace and when you finally do, you are afraid of professing your faith. This is the story of Angeniska (Aguska) Mnich a two-time world and European freestyle football champion.

Freestyle football is the art of self-expression through creatively juggling a football using any parts of the body, excluding the elbows to the hands. It combines football tricks, dance, acrobatics, and music to compete with opponents. In a major competition, you only get 90 seconds to showcase your creativity in every round till you outdo your opponents.

Aguska fell in love with freestyle football by chance. She is a middle child in a family of seven kids, born in Poland, and now resides in London. As young children playing around with a ball was the norm since the boys were more than girls, with this she joined a volleyball team near home but her coach told her Volleyball was not her sport and that she should try something else feeling sad, they could not see her potential in the game she went home. A little while later a football academy came up, and she signed up for the girls’ soccer team, however, most of the girls did not put much effort into it which made it difficult for her to progress further, and she quit the team.

This time she didn’t go home defeated instead she approached a team of boys playing freestyle football and asked them if she could join in and learn “at first my skills were awful and some boys approached me as a favor to let me know how bad I Aguska chose not to quit but kept practicing with determination and hard work, a year later the same clique of boys approached her with an apology after she came fourth in the major competition back home. It did not stop at this as she went on to become a celebrated female professional freestyle footballer in the world.

Alaska was raised as a catholic but never really believed as Sunday mass to her was a routine, she went to church because it was demanded of her at her parents home and at 18 she informed her mother that she would not be attending church anymore. However, after she started her freestyle football career, she realized she was alone, her family did not support her and mostly she found herself alone in trials and triumphs alike, but she could always feel a quiet voice inside her urging on. 2017 was her worst year since nothing was working out, and she was battling depression….one of her friends in an effort to help her through her trials managed to have her attend a church service and all she can remember is feeling at peace. She continued attending church and that was how her journey of salvation began, and she started healing from inside however, to her the new-found peace and faith in God turned into fear. She was afraid of what people would say once she announced her faith in the world considering the space she was in as a freestyle footballer.

In 2018, she won her first European title and 2019 saw her become a world freestyle champion and at this point, she realized it was not by her doing but by God’s Grace. Now she boldly spreads the gospel unafraid of the backlash on her social media platforms while teaching young people the skills required to succeed at freestyle football.

Aguska is encouraging young people to put their trust and faith in God and own their salvation without fear as he is the only one who can stand by and with you through it all. 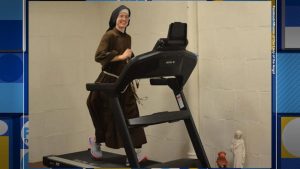 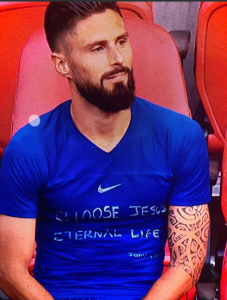