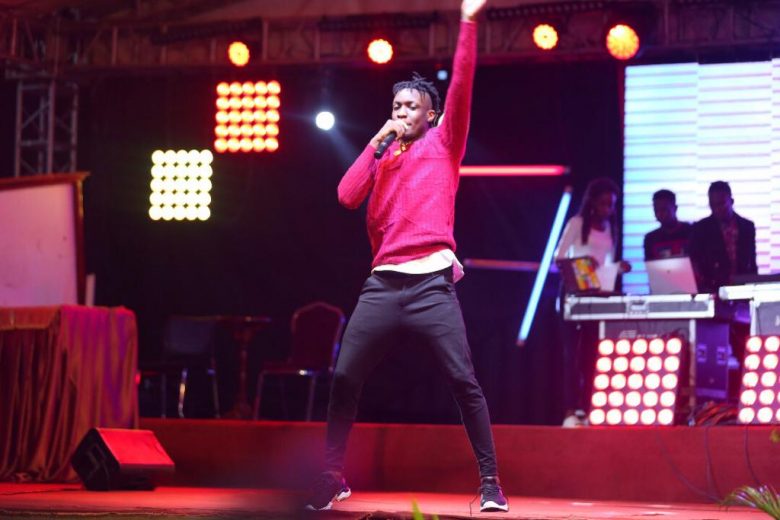 Uganda gospel dancehall artist Brian Colifixe Aka Real Bwoy has time and again proved his musical prowess. With the release of his latest song Way maker that has made him known in Uganda , Colifixe without a doubt is young and talented.

His debut into music ministry in 2016, came as a blessing. Colifixe earned not only an opportunity for a media tour in Asian countries likes China and Thailand but also music airplay in various media houses across Africa.

From Munda Muli, Shida zero and Way maker his industrious effort is seemingly paying off. In a brief converse with Bloom Radio, Colifixe narrated his journey into music.

Bloom Radio: Briefly, what are some of the strides you have made since joining the music industry in 2016?
Colifixe: I have had the privilege to perform in almost all the Biggest Gospel shows in Uganda, also internationally have made Music tours in Asia Countries like China in over 5 cities and in Thailand, I did like 3 Cities and I have done Collaborated with international Singers .in short God has been Good to me.

Bloom Radio: How did such tours contribute to your musical growth?

Colifixe: I learned a lot about music, I have made many friends and fans all over the World, it also helped me grow my musical mind. I also gained financial support because of music production, especially for up comers, it’s Expensive to maintain good Work on both Audio and Visual. I also Managed Startup My Own Record Label Called UG HEIGHTS with My Brother Right Beats, we do both Music audio and Video Production. Very Soon we Shall Start Signing new Artists.

Bloom Radio: Talking about all the achievement like starting up your own label, what are some challenges?
Colifixe: Before Things were not easy like Money was not there, we had to do a lot of Hustle to earn Money to pay for Studios then look for Money do a Good Video. But God blessed me with Friends who Believed in me and my Talent they have Supported me Till Now. Challenges are Always there but I Always Focus on how to overcome them, that keeps me going.

Colifixe: The Uganda gospel Dancehall Music is growing but Changing as well, the youths like it, it has made them love gospel Music and put off shun the Saying ‘church is boring’ its Making Churches nowadays lively.