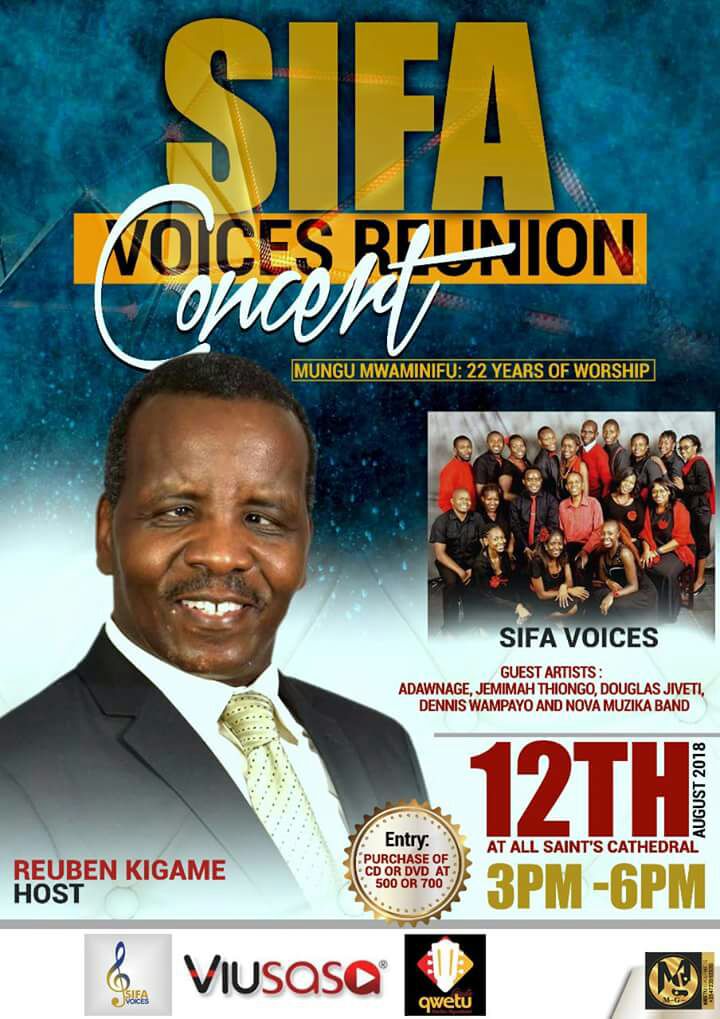 Sifa Voices will be having a reunion concert this Sunday 12th August 2018 at All Saints’ Cathedral Nairobi from 2pm as they celebrate 22 years since they began. The concert is a reunion because will bring different Sifa Voices teams from 22 years ago together at one stage right from way back in 1996.

Sifa Voices began as Reuben Kigame and and friends back in 1996 and they released their first album in the same year which included songs like Fadhili Zake ni za Milele, Neno Moja, Mbingu Zahubiri, Bwana ni, Mchungaji Wangu, Wastahili Bwana and several others.

Other artists who will be performing include, Adawnage Band, Jemimah Thiongo, Douglas Jiveti, Dennis Wampayo and the the Nova Muzika band.

Entry to the event will be for one to purchase a sifa voices CD or DVD going for 500 and 700 respectively. 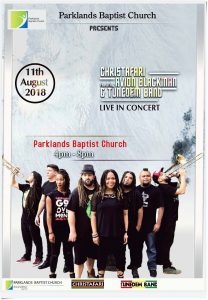